The Return of Rivalry

The world is going to divide in a simplistic sense between a world that’s a surveillance state and a world that is not.

The Return of Rivalry

After decades with no significant geopolitical rivals, the United States now faces the emergence of China as a major adversary. How will this change the landscape of the emerging world order? What new forms of geopolitical conflict will arise, and what new forms of cooperation are necessary?

Moderator Nicholas Thompson, editor in chief of WIRED, begins the conversation by asking the panelists to weigh in on the historical evolution of the United States’ relationship with China. Richard Haass, president of the Council on Foreign Relations, points to the end of the Cold War as the time when the two countries became more economically intertwined. “What’s happened over the last few years,” he says, “is this is a relationship that lost its foundation because the economics have become as much a source of friction as they have a foundation.”

Big Idea
American policy makers need to devise a strategy for a new international order that has a stronger China as part of it — thinking about where we can accept Chinese power and where it is reasonable for China to make additions to the international order.
Mira Rapp-Hooper

There was a strong hope, says Mira Rapp-Hooper, senior fellow at the Council on Foreign Relations, that as China became increasingly ensconced in the international order, the rules and norms that govern international politics would change China more than China would change them. “From the perspective of many foreign policy thought leaders, that set of assumptions has been dashed, in particular by the rise of Xi Jinping,” she explains.

So how do we prevent conflict from escalating between the two countries? Robert Kagan, senior fellow at Brookings, believes that China doesn’t want to have a war with the United States. He suggests a strategy of military containment along with economic engagement, or in other words, “deter them from throwing their weight around militarily and saying to them, in effect, we want you to get rich.”

“One of the things that worries me the most,” says Nicholas Thompson, “is that the technology sphere splits in two and you end up with a technology cold war, where the entire technology stack of certain countries can either be built on Chinese technology or Western technology.” Watch the panel discuss the forces at work in the technology race and the Trump administration’s stance on tech policy: 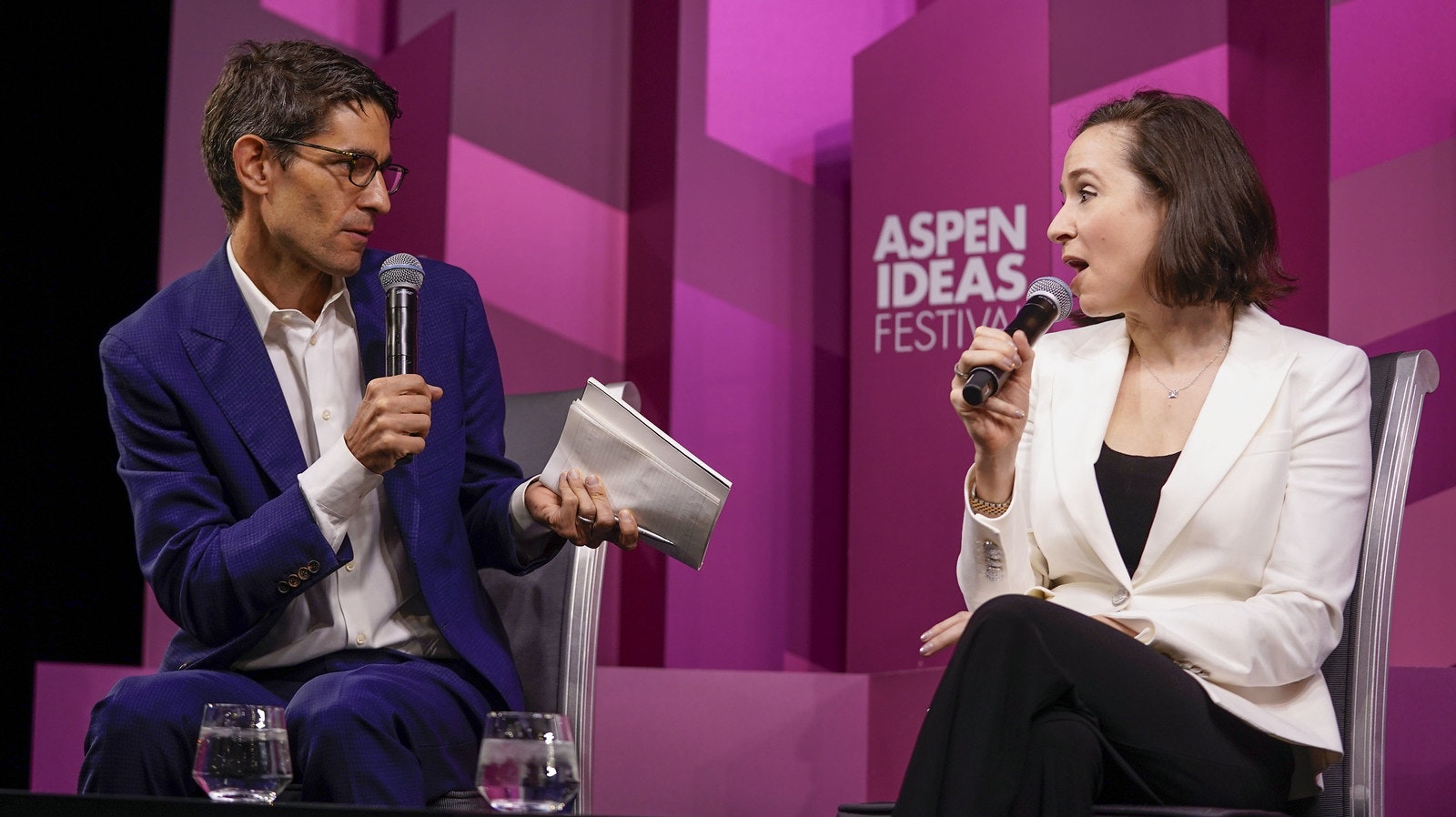 It’s crucial that we work with our allies in Asia to create a mutual strategy for tackling Chinese technology, says Mira Rapp-Hooper, rather than alienating them through tariffs and competition with Huawei. If we don’t, she emphasizes, “we’re putting our allies in a position that they fundamentally don’t want to occupy. And that is a world where they’re asked to choose between the United States and China.”

What can we do to counter authoritarianism and reverse the trend of democratic decline? First off, says Robert Kagan, we can stop supporting dictatorships. He also emphasizes the importance of maintaining the coherence of the liberal world order. “If we are coherent,” Kagan says, “these rival powers pose much less of a threat.”

Presidential elections are increasingly a global affair. A member of the audience asks the panel to consider the road to 2020 from China’s point of view. Does China want a two-term Trump presidency? Are there other attractive candidates from China’s perspective? Watch the panel tackle these questions and reflect on the 2016 election: 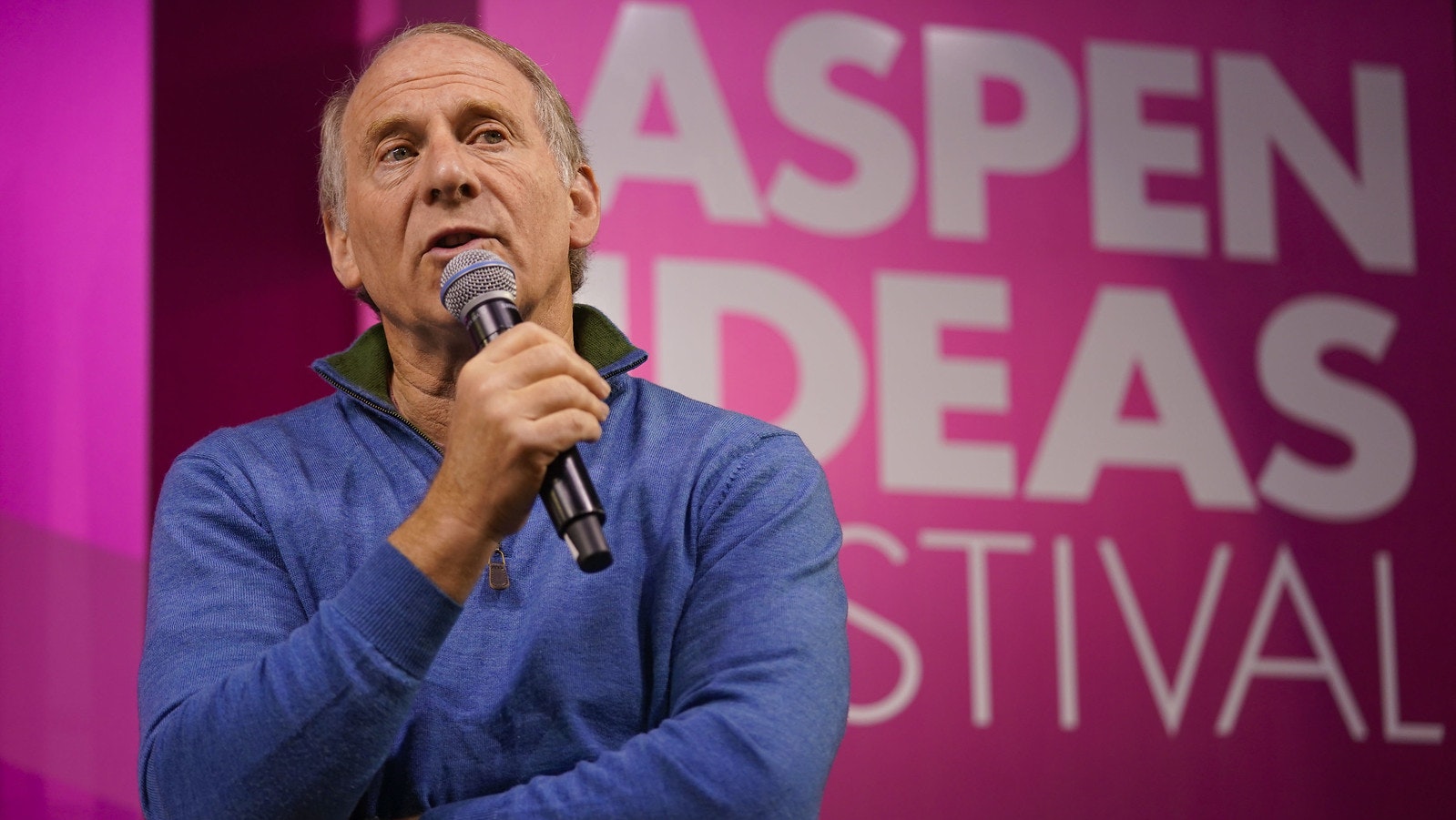 A World in Disarray: American Foreign Policy and the Crisis of the Old Order

The Jungle Grows Back: America and Our Imperiled World

Politics are a frenzy right now, with bombshell headlines dropping so often that it’s hard to know what to focus on. Even when you can cut through the noise, what you hear is...

20 items
View
Sep 21, 2022
Is It Time for New Economic Metrics?
Podcast — 46m
View
Sep 14, 2022
Bringing the Democratic Party Back to the People
Podcast — 51m
View
Collection
Looking to Workers to Measure Our Economy

While the workforce is still adapting to the changing economic landscape, one thing is certain — the traditional blueprints for education and the workplace have been ripped up...

While the workforce is still adapting to the changing economic landscape, one thing is certain — the traditional blueprints for education and the workplace have been ripped up...

The highest court often seems distanced from our day-to-day lives, but the rulings that come out of the Supreme Court are woven into the fabric of the nation. Though it aims t...

Gen-Z for Change's Aidan Kohn-Murphy on youth-led movements, his advice for young activists, and why it's impossible to lose hope.

Russia launched its invasion of Ukraine in February 2022, and since then, the war has proven longer and costlier than what the Kremlin might have expected. Ukrainian resistanc...